About Time for an Engine Video

D Davis said:
That is a really cool engine , I have never seen one like it
Click to expand...

Hello Mr Davis.
Yes they're cool engines and I'm not surprised you've never seen one before as they were made by a little mob in Ballina, NSW, Australia and they did not make many engines.
They made other styles of engines, with their more common type been the type D or type E vertical, and fishing trawler items such as winches. Their little engines were commonly used in the dairy industry working cream separators and skim milk pumps.
Here is their type D. In it you can see the distinctive gear reduction for the pulley. The type E is similar but larger. In my opinion their 2 stroke is the really cool engine in their line. A picture of it below.
Cheers Scott 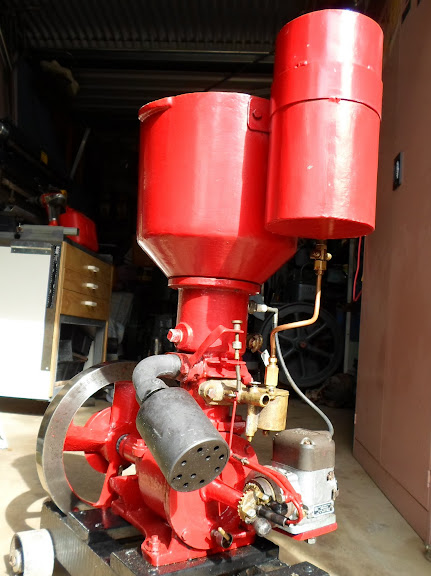 karragullengine said:
A video of a diaphragm sludge pump i recently got back up and running. I got this from fellow staker Chester. Didn't take much to get it up and running, still needs new belts but i reckon it is set to work another twenty years.