I will check the numbers for you but it might be awhile as I don't get down that way very often.

Obviously these engines are not as desirable in the southern states as they maybe up north, as they are definitely in the way of the lawnmower.

They have been there a long time, no one seems to want them.

So I am guessing the engines that are lying in the grass, cause they are on a heavy cast base, that incorporates the cooling tank are not as desirable. Or these engines are more desirable up north than down south.

I still feel that the supply is greater than the demand for these kind of engines. The scrap man wins.

Wayne raised an interesting point. Back in the late seventies and eighties when I first started collecting we use to see some of the early Wolseleys on the rally field as there were a few around. Now they seem to be in hiding as I have not seen any for a long time.
The "Chinamans hat" model has always appealed to me, but I have never owned one.

I don't think the early engines are all that rare, they just don't seem to be desirable, which is a shame. I think they are an important part of our Heritage, particularly in NZ and Australia where many ended up.

Wayne Timms said:
I will check the numbers for you but it might be awhile as I don't get down that way very often.

Obviously these engines are not as desirable in the southern states as they maybe up north, as they are definitely in the way of the lawnmower.
Click to expand...

Hello all
I got home for a few days over Christmas so I went and looked in some of our books about this Wolseley engine.
I actually meant for Typak to have a look to give us the number of his engine and a possible casting date for the cylinder, but the more the merrier. Thanks Wayne.
I have noted in my personal notes that it seems that Wolseley engines did not have bits from older models chucked on newer models of engines to get rid of the old bits. It seems Wolseley had the last of the earlier model in production at the same time as the newer model was been made. This seems to be especially so in the bigger, earlier verticals been discussed in this thread. A bit like Holden were still building Kingswoods when they were also building Commodores.
It seems each model was distinctive in it's own right (pending available options). More on this later.

I believe Wolseley's are not highly desired as I think there is a fair bit of engine snobbery around. It seems the Wolseley engine is Lister's poor cousin, and as such, not as desired. I reckon they're great engines no matter what model they are or when they were made.
I also think that at the moment heavier engines, vertical engines and enclosed crankcases are down on people's want lists and with Wolseley's having all 3 of the not wants, makes them a bit if a leaper.

I agree with Merv. These engines should be preserved. Wolseley did play a part in developing our 2 countries.

So back to the engine in question: David Edgington has written 2 books on Wolseley engines. One is entitled Wolseley Stationary Engines and the other is entitled Wolseley Stationary Engines 1909-1975. We have the first one and I would like to read the second one as it appears it must be different. Which book did you read Typak? I assume it's the second book as what you've read seems to be different to what I've read.

In the first book David has described the Style 2 (T type and the type that Typak says his engine is) as been identical as the Style 1 except for the governor, and in some instances, the magneto. The most prominent change is the governor which is now of the throttling type, is mounted on the vertical axis and is known as the 'T' type or Type 20........magneto is Thompson Bennett type AD1. Both throttling and hit miss engines produced together.
The long U shaped air tub and solid flywheels is still used on this type and is show in the accompanying picture.

And then David describes the style 3 (or S type). This time we have a date. 1920.........to look at, this engine is almost the same as before (style 2, type T) except for one major difference. The 'U' (vertical) shaped air pipe has been phased out in favour of a short horizontal 'U' shaped version.....Rotary magnetos are now shown with D and T (or type 20) type governors (horizontal and vertical)..... magneto is now a Fellows An accompanying picture of the Style 3 has flywheels with holes.

Then David describes the style 4 (R type) and it's differences.
So the main, easily recognisable changes across the pre-style 4 models seem to be the air pipe, Governor and flywheels.
Up to style 2 had the long vertical air tube. Style 3 and 4 had the short horizontal tube.
Up to style 2 had solid flywheels. Style 3 and 4 had holes in their flywheels.
Up to style 3 had a sub base. Style 4 had a crankcase incorporating the sub base.
Up to style 3 had external governor of a few types. The different types seem to be available as an option on the style 1, 2 and 3. Style 4 had internal governor.

So what did you read that's different to the above Typak?

We look at Typak's engine. Short horizontal air pipe, holes in the flywheels and a sub base. And he has been told by the engines ex-owners, who just happen to be prominent Sydney collectors, it's original.

Hopefully in the next couple of weeks I'll be able to inspect some other external governed Wolseley engines. I'll take camera and get back.

Scotty 2 said:
I got home for a few days over Christmas so I went and looked in some of our books about this Wolseley engine.
I actually meant for Typak to have a look to give us the number of his engine and a possible casting date for the cylinder
Click to expand...

Well Scott now that I have had some spare time after Christmas I have cleaned some of the paint off and the number "19" has come to light, now what does this mean? I have consulted the Wolseley book also and it states that the engine styles are a observation of the author and are not examples as such set out by the Wolseley Sheep Shearing Co, also a pic of the mag for your further sagacious evaluation and detailed analysis.

Hello all
That number on the bottom of the cylinder does not mean much unless it's a full date. I took pictures of one a few days ago with 5 stamped on it. The magneto doesn't mean much either as it has been a later fitment.
What is the serial number and where is it? It may have the serial number stamped in more then one spot. I have yet to see a Wolseley of this style without a serial number.
Some of the earlier engines had the number stamped between the valve overs like an AK or BW Batram.

I looked at a style 1 with the cast session the other day Wayne. Quite a nice design.

Why do people start to use big words like sagacious?
S

Any serial number yet?
S

Hello all
I wonder if this old Wolseley has been forgotten about?
So any serial number of the engine yet? They're not that hard to find and I've included some pictures of locations below.

The good chap who allowed me to take pictures of his Style 1 is looking for an induction system to complete his. Any parts would be greatly appreciated.

Style 1: I have finally seen one. Happy days. 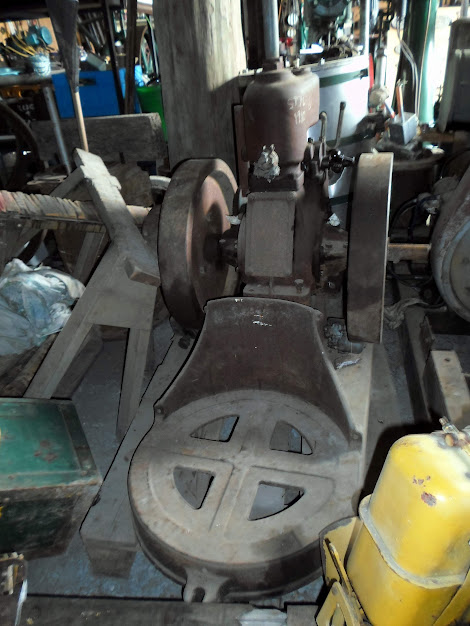 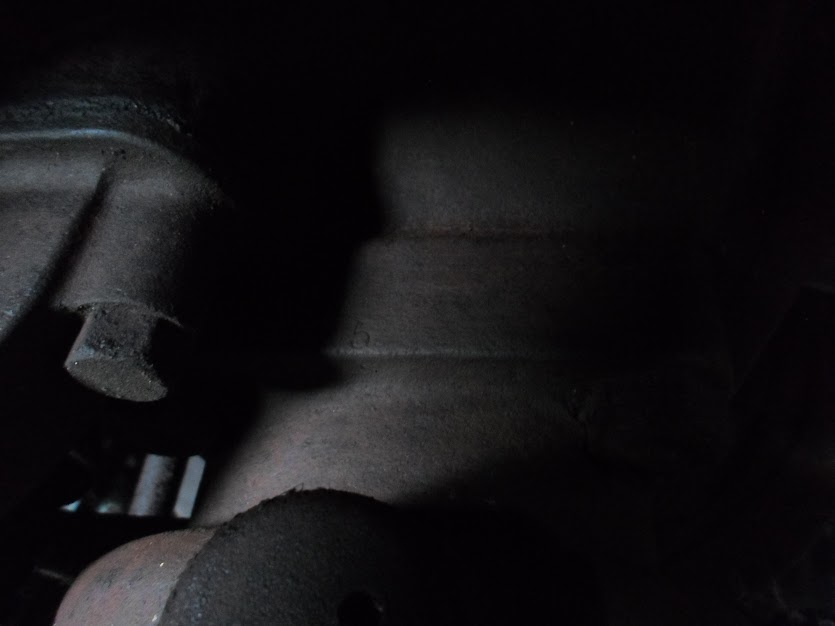 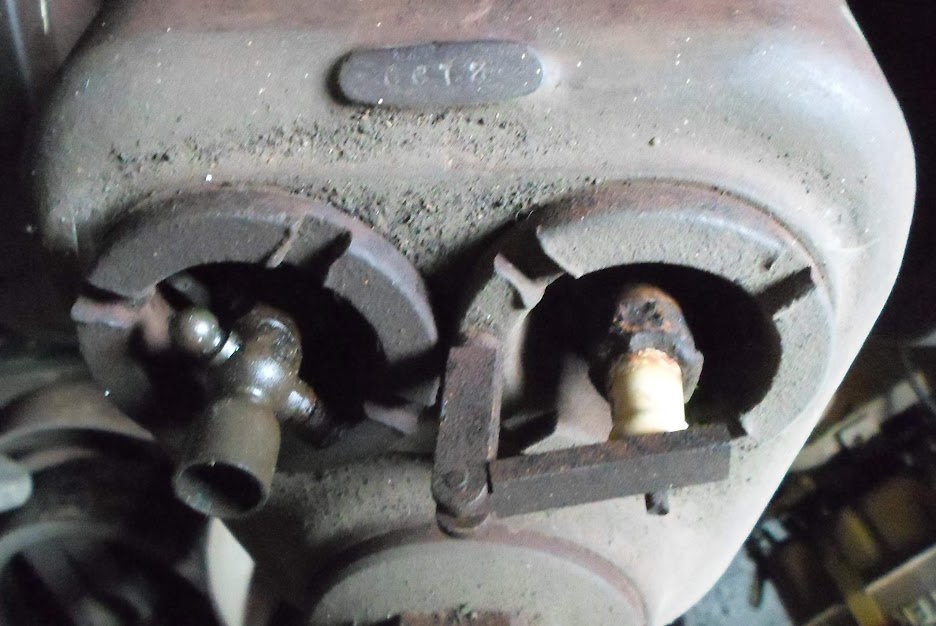 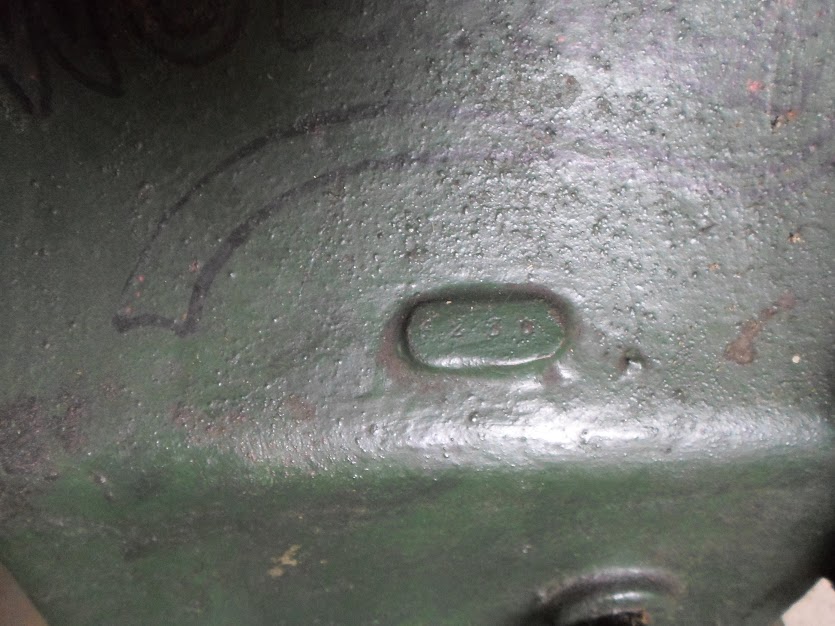 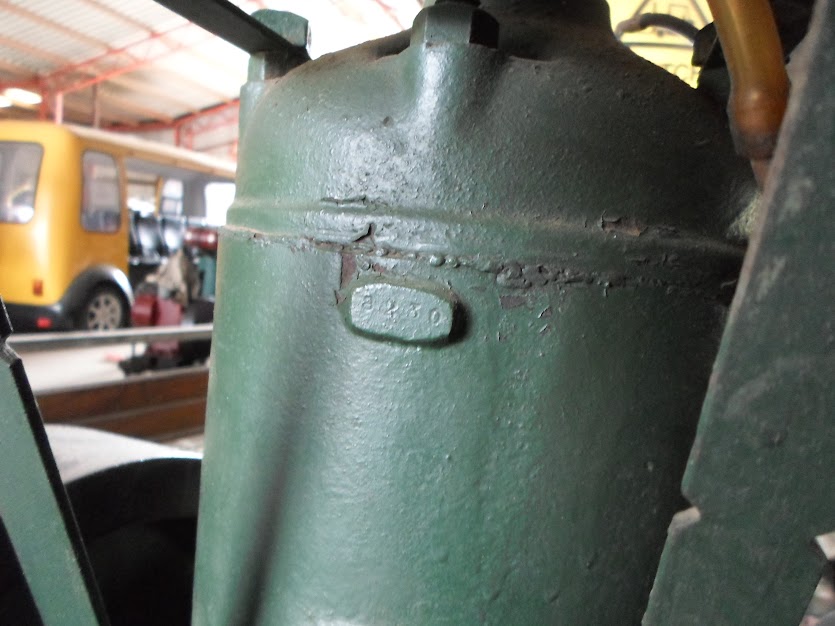 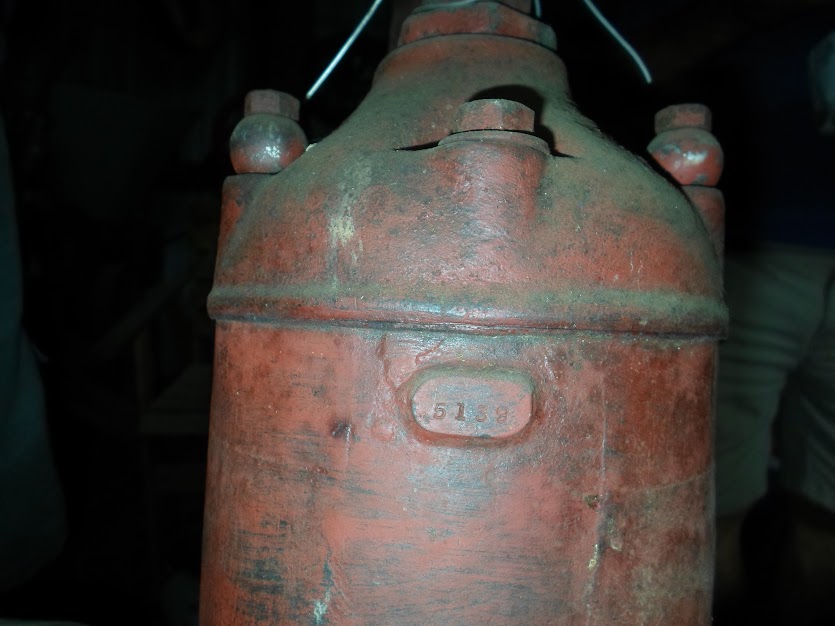 This is my style 1 as found in the paddock. On the far left of photo 2 is the original cooling tank. This engine only has one flywheel, unknown if the other was removed to fit the pulley or came like this. When found it had a kingston carby, the original long gone. Would love to find an original intake and exhaust set up but am not holding my breath. I am currently modifying a style 4 carby to try. The flange at the head is the same size but bolt holes are different. I will take a new photo tomorrow.

Now the engines are in the way of my lawnmower.

I have been away for a bit. Picked up a Alpha carby and made a new cork float. Needs a bit more work but running again. Don’t know the history or if it should have two flywheels.

Anyone know more about the Style 1?

I wonder if the numbers that were 'cast' into the engine (19 + 5), were simply casting marks or a mould number and not a date? We have all been asked about certain parts with a number cast into the object only to discover that it is not a part number nor date but a casting number.
Would think that engine or serial numbers would be of at least 3 digits and more if a lot were made and would be stamped onto the engine as some of the examples show above.
You must log in or register to reply here.
Share:
Facebook Twitter Reddit Pinterest Tumblr WhatsApp Email Link
Top