I'm thinking that one is what is commonly referred to as a '1905 style' Hornsby? It carries quite a good few similar features to the Akroyd patent engines but also some distinct changes.I am not an expert on Hornsby oil engine development but I think this style of oil engine with it's changes mainly to the valve arrangement, went into production around 1905 when the Akroyd patents expired.
It looks like a nice little engine to me!There may be a horsepower number embossed in the cylinder casting somewhere on the engine pictured?The other thing that stands out a little to me is the water jacketed rear section on the hotbulb.To my knowledge(once again not expert)there were generally two models in the 1905 style,and I think this one with the water cooling to the rear section of the hotbulb was known as a 'type B' '05 style?
The 'type A' might be a little more common,the hotbulb being a simple cast iron cylinder with no water cooling.
The water cooling to the hotbulb also appeared among some of the Akroyd engines dating earlier than 1900.These were referred to as '1900 style' as well as 'improved Akroyd'(with the water cooling to the hotbulb) in some of the companys literature and records.
The 'Improved Akroyd' and 'type B' would carry a higher horsepower rating than similar sized Hornsby oil engines without the advantage of the water cooling.
I came home with a Hornsby oil engine wreck a good few years ago now and I came into contact with Bill Baker at the time by telephone to ask him a few questions;Bill was making parts for similar engines.
He asked me "is it an Akroyd?",to which I anwered,.."I don't know".
He then went on to ask me a few simple questions about the layout of the engine,
He asked me "when you stand at the cylinder end looking at the head does it have a valve box on the left opposite to the sideshaft on the right?"
(it did).He then asked me "does it have TWO long rocker arms going from the sideshaft,crossing underneath the cylinder and reaching across to the valve box?".I answered "yes".My answer prompted his conclusion "then it's an Akroyd!"
Bills description might be the simplest guide for identification between Akroyd models and the later 1905 and 1912 style oil engines?
M

I have always found it interesting that Ackroyd style engines (i.e. with the valve chest on the left side looking from the front) were made for a few years after the 1905 engines came into being. From what I have observed this applied to the larger engines only - say ?8hp and up. I have a 9.5hp which has a confirmed date of January 1906 and I have heard of some as late 1908.

I think that outcome is also to do with the lapse of the Akroyd patent Mike?The company at that point was legally free to begin to produce a range of styles and models.
The examples of 1900 or 'Improved Akroyd' style engines built concurrently with the newer 1905 style after the patent had lapsed no longer identified with the Akroyd patent,because the company would have no longer had any legal requirement to do so?I also know of a few examples of larger portables built after 1905,that were built on the 'Improved Akroyd' design.
A similar overlap of 'styles' being sold concurrently is seen 5 years earlier,with the two main styles of Akroyd patent engines being produced side by side till around the 1905 mark.
I have a number of parts here from a wreck number 7014 which was an early style(1894 style?) portable that was shipped later than 1903.I believe an identical hp early style engine has been identified in the sales records this end with a number somewhere past 8000,which would have it somewhere close to a 1905 shipping date?
I

G'day E27N and Ozfarm,
What Paul has said is pretty much spot on ! When I first saw it I thought "beauty, an Akroyd" but its the next series of Richard Hornsby oil engine. Apparently Herbert Akroyd Stewart believed his engines were perfection and wouldn't allow Hornsby's to make any improvements to the design, so after he parted company with them on less than friendly terms Hornsby's let his patents laps and made the improvements seen on this model. I am told that the lapsing of the patent also let other English engine builders such as Crossley and Ruston build engines that would have infringed if it was still in place.


See Ya,
Graham
B

Hello.
Have you contacted the Tom Lingard who runs a Hornsby and Ruston & Hornsby register in Australia, his details can be found in TOMM magazine (at the back under Registers)

Also try doing an Internet search, type in Ray Hooley UK, and I am sure you will get most if not all of your questions answered.

G'day Rob,
Just sent a PM off to Andrew, all the bits it needed (except for the flywheel)were at one stage being made in Aus by the Bill Baker that Paul Richardson was talking about. I had a lengthy conversation with Bill at the time we picked it up and took it into town and he had just given up making all the replacement parts because of age and ill health but still had the patterns that he was lending out to people who needed them. That old Hornsby is not as far gone as some might think and I recon the main stumbling block would be the flywheel, but even that is "do-able" , expensive, but do-able if someone was so inclined.

See ya next time I am up that way,
Graham

"NOT MEE"
It's just a vicious rumour spread by people who only like new paint !!! :j:
T

E27N said:
Ozfarm and I were having a look at this engine sitting in our club yesterday and were wondering if any one could give us any info on it
Click to expand...

As has been said, 05 style Richard Hornsby, above 4hp as 4 and under do not have a two piece water jacketed hot bulb.

ozfarm said:
just need a few small bits and we have a running Hornsby

I think the few words above have been said before?

Hi I am in Australia, I have this particular engine, it is missing the front casting of the hot bulb. Would any one be able to
Help. Please see attached

Are those both the same engine? Nice work, if so.

Graeme Denham said:
Hi I am in Australia, I have this particular engine, it is missing the front casting of the hot bulb. Would any one be able to
Help. Please see attached
Click to expand...

Is this the same? 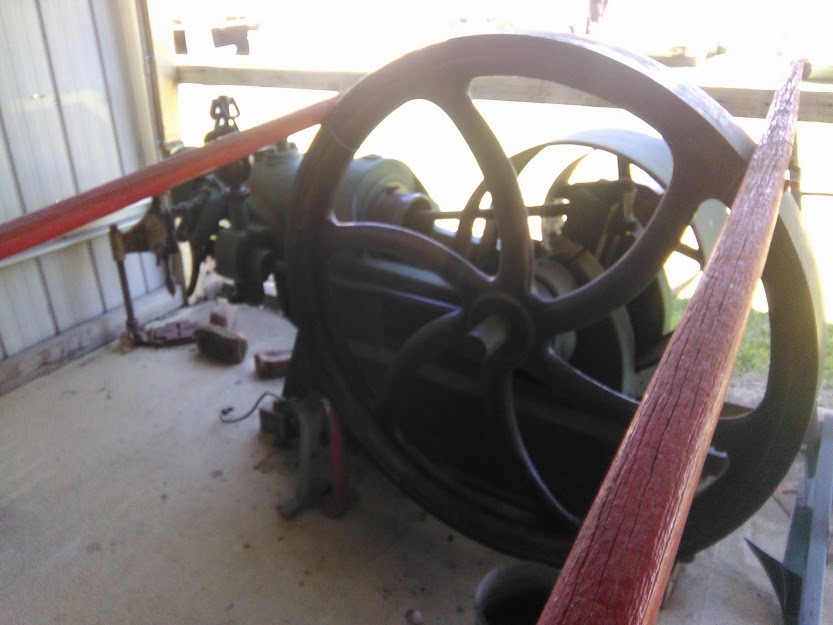 Scotty 2 said:
Is this the same?
Click to expand...

I'll answer my own question. NO YOU IDIOT!! 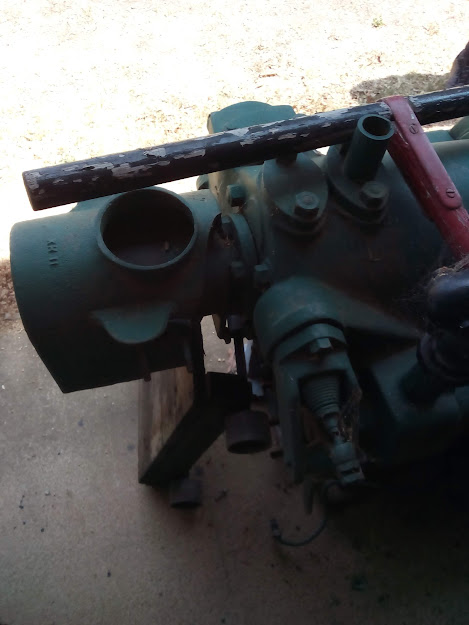 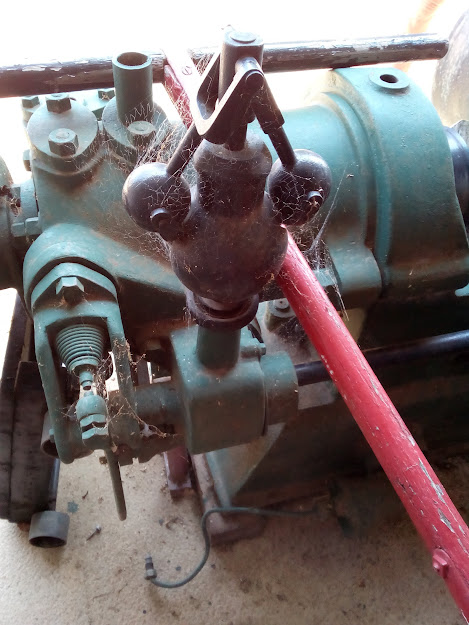 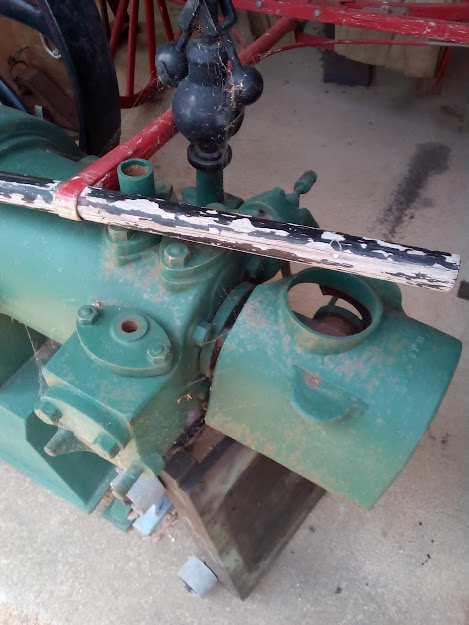 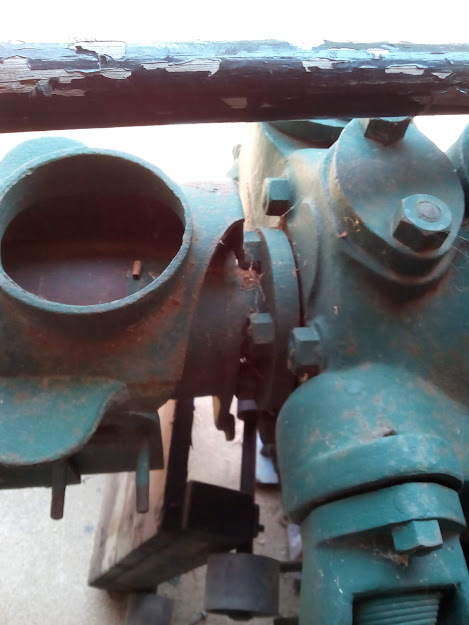 I'm also after some parts for one of these of anyone can help?
W