Hello all
Some may know I've been looking for a Petter AA1 for years now and one finally found it's way home thanks to Rob the Lister dude (as he's listed in my phone), commonly know as Rob of Old timer engines from Brisbane's Northside.
I don't check my phone messages much and for some reason Mrs Scotty needed my phone and she got up me. 32 messages sitting there. Oh well.
Anyways, one was from Rob the Lister dude. Champion. A quick message back and forth and engine was in Allora, a whole 15kms away. Went to have a gander and a really original little engine was what was there. Negotiations done and the last owner ended up with more money then he asked for. You have to be ridgy didge don't you?
Some may ask....why the hell would any seemingly sane person want an old air cooled Petter diesel engine? Some would say because I'm not sane (Mrs Scotty agrees a bit there) but I wanted one to sit next to the other Petter/Lister diesel we have. The bloody JW6.
Still wondering why? The little AA1 is a massive 219cc in capacity which makes 3.5hp at 3,600rpm. It's Petter's smallest diesel. The JW6 is only 10,620cc making 150hp at 2,000 rpm. The AA1 weighs 93lbs and the JW6 weighs 2,340lbs bare. The smallest and the largest. Get it now?
I have not got any newer pictures of the JW6 then what's below. That how I found it. It's been tidied up a bit since then.

So thanks Rob. I owe you one 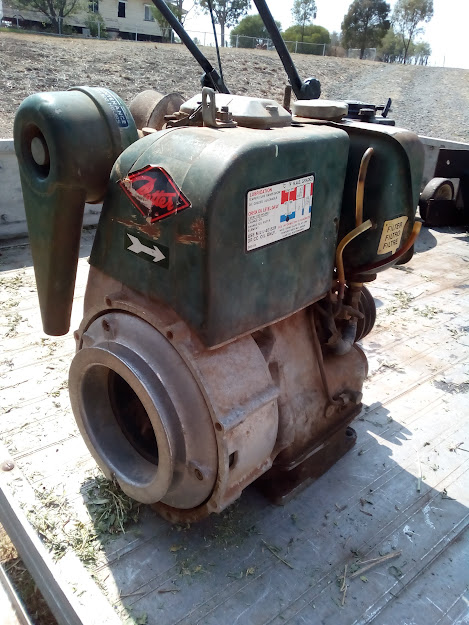 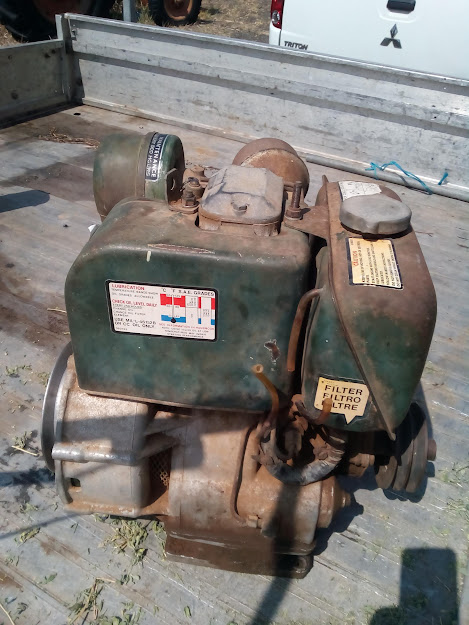 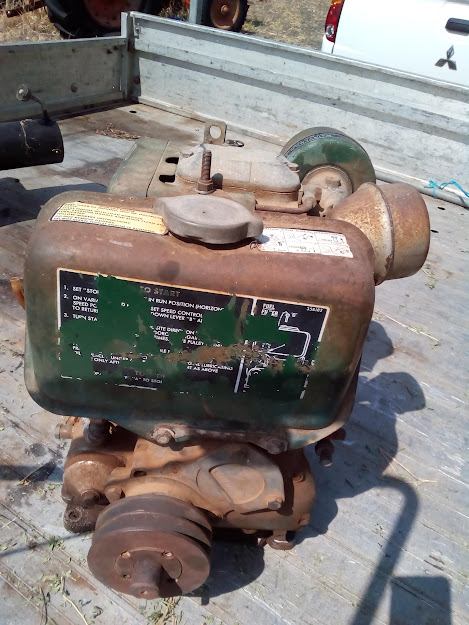 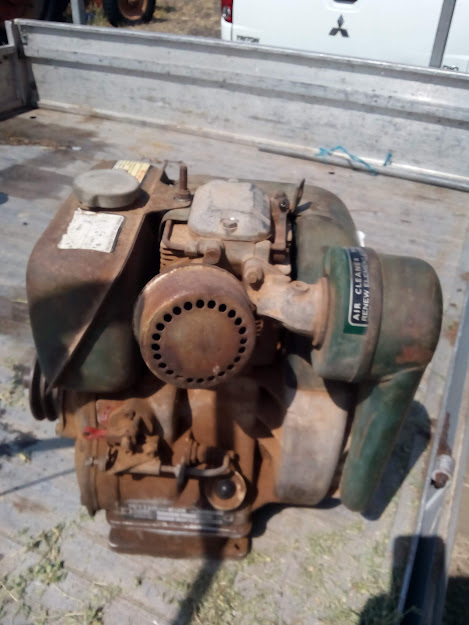 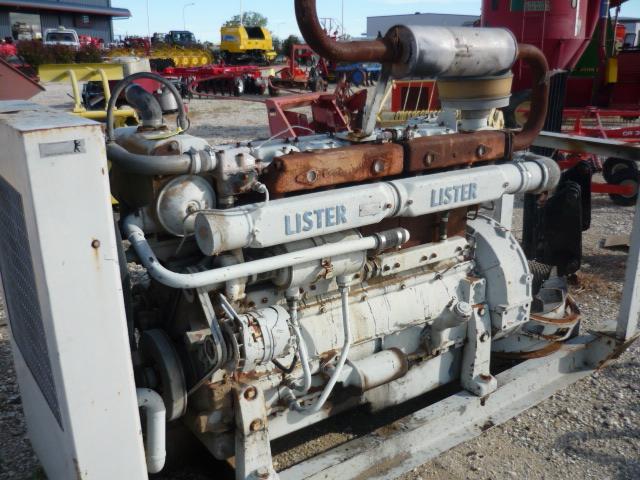 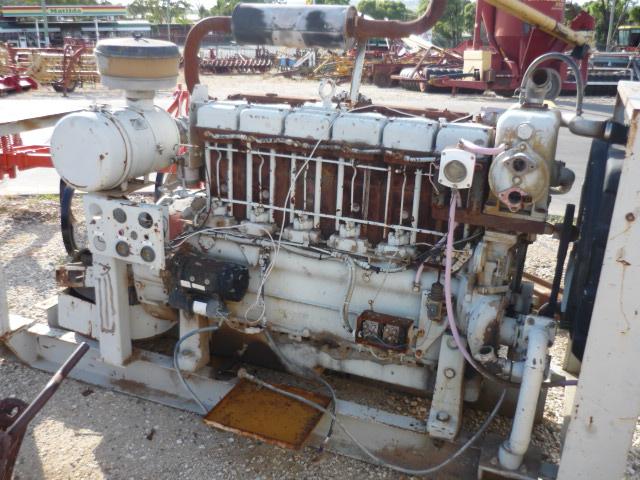 I have had a few aa1s, screaming little buggers. Got one left, see if i can find a video.
K

Once you got it running Scotty, I'll give ya a tenna for it !!!
C

Hello Scotty2,
Looks like you have a very tidy original motor there, it's a great find. Have never owned a AA1, but have an AB1 I rescued and turned into a "portable" generator. Local guy bought it 30 odd years ago as a direct coupled generator and powered his household with it for about 10 years, running almost 24/7. Did a couple of ring and valve jobs along the way, and finally when mains power arrived, parked it up as a gatepost ornament for another 10 or 15 years. Stopped to admire it one day, and he said "It's yours if you want it". Could not resist so it joined my collection. FOund the termites had built right through the alternator and eaten out the insulation, Checked the motor and gave it a light valve job and it started and ran fine. Found a belt drive alternator an pulleys and set it up with motor speed slowed a little where it seemed happier. Heavy little blighter but I have a hoist on the ute, so it sees a bit of use, and drinks very little fuel. Now I just need a job for my AC1 with its 2:1 reduction drive. Regards,
Combustor.
Last edited: Jan 9, 2020
S

Combustor said:
Hello Scotty2,
Looks like you have a very tidy original motor there, it's a great find.
Click to expand...

Hello all
Yep. A very tidy original little engine. About all I can see wrong is a tee piece missing for the clear return hoses and maybe a leaky fuel pipe from the tank. Not sure yet. A good sign when I first looked at it was the clean air filter element. It was spotless, which is unusual.
This is the first AA1 I've seen. I don't think they're real thick on the ground over this side of the country. I have seen a few on the internet from the west. Maybe they were popular over there?

I see a few differences to Mr Engine's engine (thanks for the video). The breather on the top for one obvious one. On ours the dipstick is also an oil measurer for the oil priming. Push the bulb on the cap and the correct amount of oil is sucked up into the dipstick ready to pour down the primer hole. Another difference is ours has speed control on it. It's just below the stop lever. I wonder how slow it'll run? Good go-cart motor?
First thing is to find some time to check the little engine out, give it an oil change and see if it'll run. I already found an old engine trolley in the hay shed I can bolt it to while I work on it.

I should say I didn't find it. Rob the Lister dude did. I did have a great find yesterday though. A broken bail of fresh, green lucerne was sitting on the road right in front of the driveway out at the farm. Champion. I had to get rid of it as it was a traffic hazard. A bail of lucerne is like finding gold at the moment. The only good thing about drought is the hay shed is getting emptier every week so I can put more more in it every week.

Hi again Scotty,.
Irrigation trickle hose and fittings work fine on those fuel lines (unless you have some of the clear silicon stuff).
Major filter brands (Donaldson etc). can still supply the "In tank" fuel filters if they can still read a catalogue. Good luck.
Combustor.
A

Now get the earmuffs out if you actually want to make it work (I have a pristine low - hours AD1), but you won't need the wallet - mine will run most of the house including the hot water and one, or two hotplates on about a litre every 3 hours at 2100rpm running an old Brush gen head.