Seen them red a few times. Maybe, from memory some white on flywheel rims?
Red is the main colour I've seen.
I

Are they normally tagged as a H type cheers ken
R

We had one on the farm and it was badged as an Ideal and painted red. I thought it had N on the tag but it was a long while back.
Out of interest it was a Kero model and to start it we put a dribble of petrol around the felt washer on top of the tank where the carby goes through. That was enough to get it started and it would run on the Kero straight away. In twenty years I don't think the oil was changed. It pumped into a tank 25 feet above. The engine shut off when the tank was full and it overflowed therefore drowning the engine. It was still going strong when we sold the farm.
S

Hello Ken.
International (IHC) red with a white stripe around flywheel side edge is what I've seen. They also have an oval shaped hopper. International H is on the tag. If I remember I'll take a picture of one of our tags.
Here is what seems to be one which hasn't been painted up again. As from the factory so to speak.
Cheers Scott 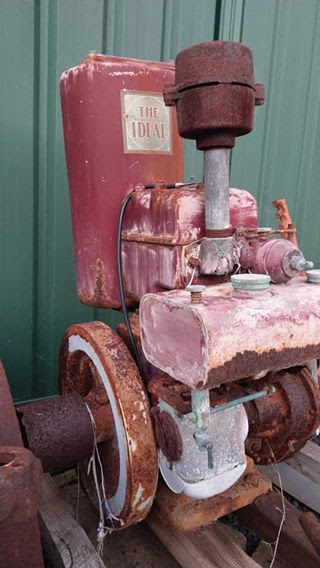 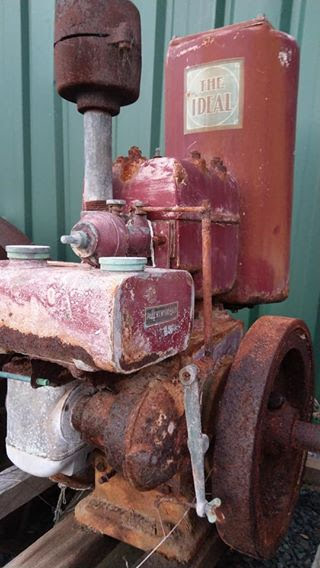 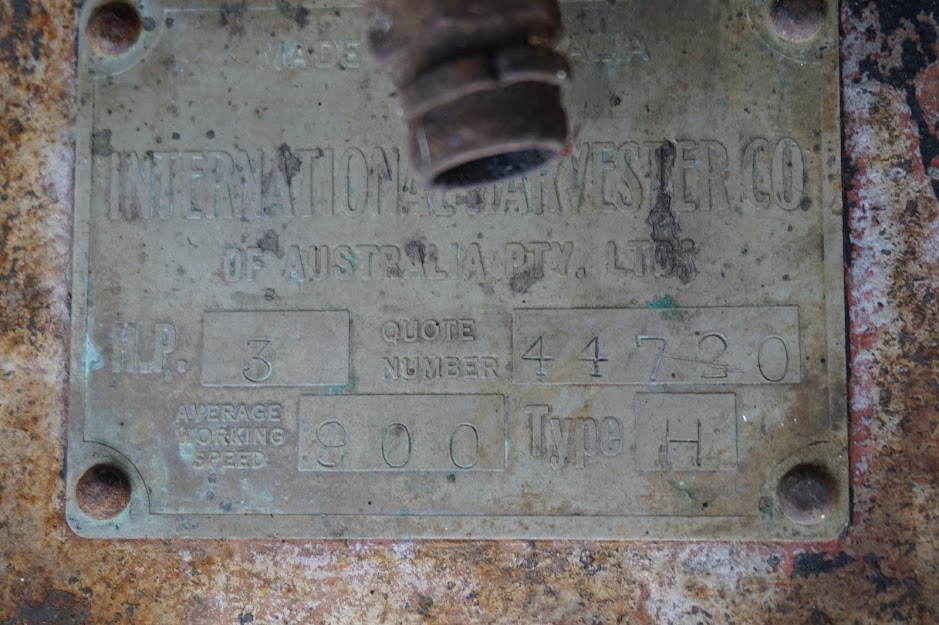 Hey Scott that's the one they must have been tagged

Ideal with the international I'd tag cheers ken
A

I thought mine had been repainted, maybe not...

I have the remains of two of them (neither running, but both complete), both painted "red" and both with the same tags as Scottys, and both with model H.
They were both used on a lighting plant at the same farm, one must have given trouble and been replaced by the other until the mains power came through. (must get around to bringing them down here sometime). Knowing the family that used to own the farm when they were operational I recon one was the "original" lighting plant engine and the other probably ran the shearing plant in the shearing shed about two hundred yards away until needed for the house, and yes , from memory I think there was a white face on the flywheels.
R

Yes,ours had the white face but not the tag on the water hopper'
S

Hello all
How's your engine progressing Jarrod?
I wonder how the US people that look around here would react when someone tells them vertical 3hp International stationary engines are pretty common over here?
Cheers Scott
A

Hi Scott, the parts are gathered with it, but I will be looking for more - including a magneto. I have many irons in the fire at the moment (hobby related things are taking a back seat currently). Allora will be a welcome break from the madness. Might you have room for me to bring my 1-1/2 M?

asw20 said:
Hi Scott, the parts are gathered with it, but I will be looking for more - including a magneto. I have many irons in the fire at the moment (hobby related things are taking a back seat currently). Allora will be a welcome break from the madness. Might you have room for me to bring my 1-1/2 M?

For sure. Even room for the ute or truck.
C