Any help appreciated on this one!

It does indeed look like a Ransomes Wizard. Ransomes Simms and Jeffries produced a few of these in the 1920's but they were not very successful even though they were a close copy of the Scandinavian Brons engine. The surplus stock were largely exported to Australia and New Zealand in the 1930's but I didn't know any went to Canada. The editor of Stationary Engine magazine here in the UK has one and also has the manufacturers records for them if you can find a serial no.
Philip
F

Here is a Ransomes Wizard sold in France. 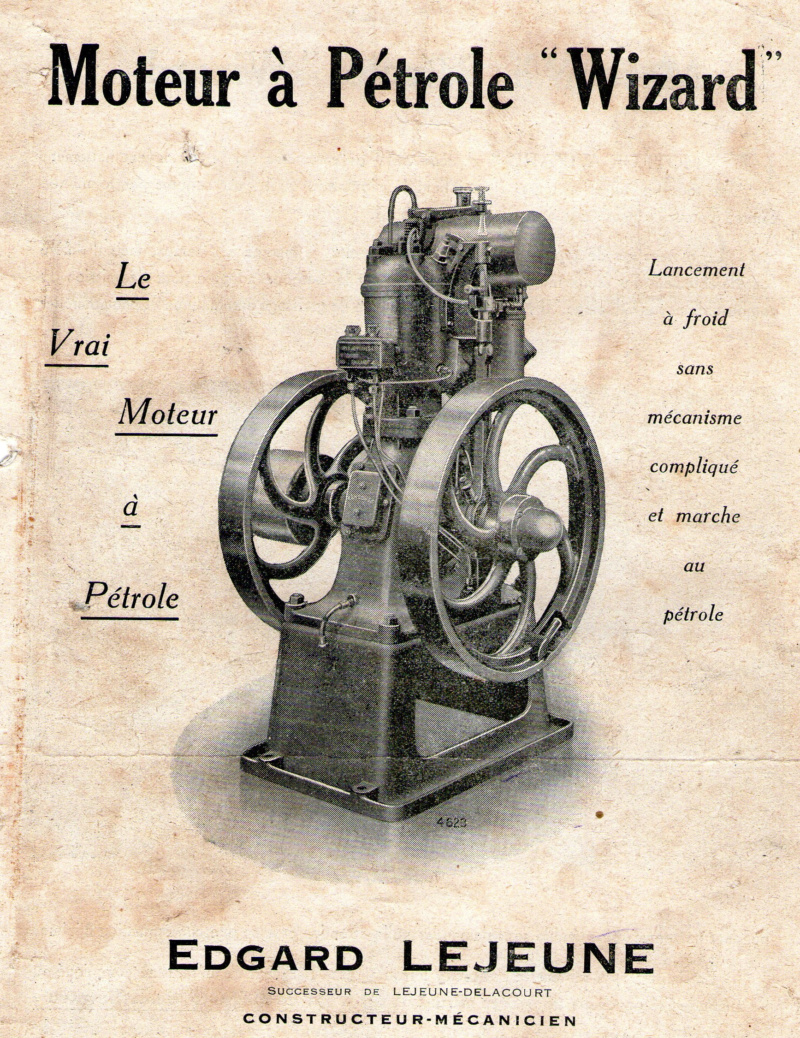 Neat engine, I wonder if the subbase is buried under it?!. Might want to do some digging-maybe the oiler and other parts are there.
Nathan.
C

I'm sure I've seen one of these engines before, here in Australia, although I didn't take much notice of it. From my little bit of research today, they seem to be an interesting engine. According to this link, there are only 10 known; I didn't realise they were that rare. They are said to be a two-stroke, yet there is clearly a valve in the head? and they are a compression-ignition engine, although they don't run on diesel, but petrol-paraffin? No spark ignition, but fuel injection? which all makes for a fascinating engine to get running.

I understand it is a two stroke hot bulb , Similar to the Tangey and Petter type. I can find out.

Not Hotbulb , it uses the spray cup like the Hvid engines
C

That makes sense, what I'm looking at is actually the injector and not a valve.
M

Bert Juffer said:
Not Hotbulb , it uses the spray cup like the Hvid engines
Click to expand...

You are right Bert. I have checked with my friend about the one he acquired.
This one is a 3hp and he tells me there is a 6hp runner that showed up at a rally last year.

This must be a Ransome's Wizard as you all say and must be the 7hp model from the diameter of the piston which is about 5"; the stroke must be at least that much also. Flywheels are 30" diameter and 4" across the rim.

We have got the engine out of the bushes and into a secure location. While it had been where it was for some years, that was not where it was found or used originally.

No sub-base found unfortunately and I don't think it it ever made it to the location where the engine was latterly, as from the rust it appears to have been separated from the base long, long ago and perhaps there never was a sub-base. Other than the loss of the engine tags, lubricator and a cover plate, it appears to be very complete and potentially restorable.

Unfortunately no information on the history of this particular engine has surfaced yet. The eccentric which drives the injector and oiler fractured at some point and that appears to be what caused the engine to be abandoned.

I'm gong to make up a temporary steel dolly so it can be moved around more easily and we'll see about getting it prepared for possible restoration in future.

If anyone one has more illustrations of photos, especially of the missing parts, those would be much appreciated.